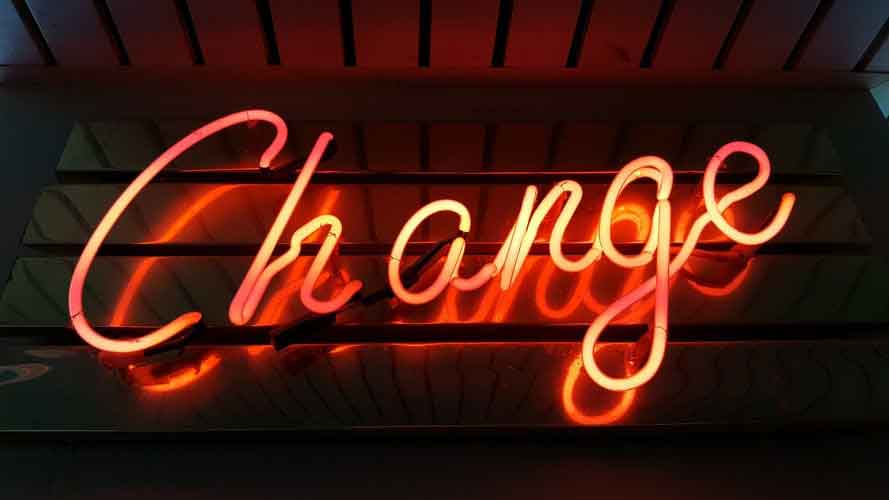 When Should I Change My Company’s Name?

It’s been said a thousand times and a hundred different ways, but it’s still true: the only constant in life is change. Unfortunately, it’s also one of the most difficult things to do, especially when your company’s brand is at stake.

In many cases, however, a name change is an opportunity in disguise. It’s a chance to align your brand with the future, whether it’s the future of your company or the world. Still, it’s not something to rush into. Pulling off a new name takes a lot of careful consideration, and the first step is deciding whether or not a name change is actually the right move. Here are some situations when it just might be.

When your company is changing

Companies are human creations, and like anything man-made, they evolve and change over time. Maybe you’ve shifted your business model to include new verticals or focus on new technologies. Maybe you’ve acquired a new subsidiary and now your old name no longer reflects what you do.

Either way, there’s no shame in changing your name if it just doesn’t serve you anymore. In fact, some of the world’s most popular companies have done just that:

When the world is changing

Einstein once said, “The measure of intelligence is the ability to change.” It’s also the measure of a successful business. Companies that keep their finger on the pulse of cultural trends are the ones destined to survive the inevitable march of time.

When you need to disassociate from the past

Every company makes a PR mistake or two, but some errors are just too disastrous to overcome. Bad press, bad management or an unfortunate turn of events are all reasons to recreate yourself with a new name. Here are a few businesses that made the transition:

When there’s a trademark conflict

By far, one of the most common reasons companies embark on a renaming exercise is because they’ve been notified of potential trademark infringement. While some companies do take these challenges to court, for many, it’s smarter to simply opt for a new name, especially if there isn’t clear evidence they claimed the name first.

You don’t have to be a newcomer or a small business to run into the problem. Some very well-known brands have been through the process and lived to tell about it:

The decision to change your name is a big one, and this list is by no means a comprehensive catalog of all the reasons companies decide to do so. No matter why you decide to make the change, navigating the transition takes careful thought, planning, savviness — and of course, just the right name.

At NameStormers, we have helped hundreds of businesses generate names that have helped them transcend their pasts and vault themselves into a new chapter of their company’s history. To learn more, check out our naming process — or get in touch with us now to start brainstorming new names right away!