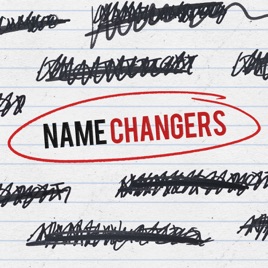 What Happens When Your Name is Too Controversial or Edgy? Part II | NameChangers Episode 11

A rock band wants to reclaim a word used against their community, but the USPTO does not exactly see eye to eye with them. The story goes all the way to the Supreme Court, and the effects are both good and bad. Find out the result on this week’s episode of NameChangers.

In the early 2000s, Simon Tam of Portland, Oregon put some ads online to start a band. It took two years to finish the initial lineup, but once they did they hit the ground running. Within a few months, they’re first show they released their debut album and the album was listed as “Album of the Year” in the Portland Music Awards, RockWired, and other magazines. They were entered into a battle of the bands to be featured on a reality show on fuse TV. They were getting label attention and they got invited to play at South by Southwest. It was going great until they ran into a problem. The problem was they found out that they couldn’t trademark their band name because the band name was “The Slants”.

I’m James Doherty and this is NameChangers.

So what’s wrong with the name “The Slants”? Well “slant” is seen as a derogatory term towards Asian-Americans referring to the quote unquote shape of their eyes.

However, the band was comprised solely of Asian-American members. Friend of the show, trademark attorney Christopher Roden, is a musician himself, so he’s been hooked to this case ever since it started. Here is him explaining a little bit more about Tam’s idea of naming the band “The Slants”

Christopher Roden: And what’s interesting about the Tam case is that Simon Tam and the band “The Slants” is sitting there trying to reclaim the phrase “The Slants” and turn it from this racially disparaging phrase and forge the connection in people’s minds with their band and to an extent today they have in the same way that NWA was able to reclaim the N word for for the black community and various other artists have as well. It and empowering sort of phrase for members of that community.

James: Reclamation of a word is when a group takes back a derogatory term normally targeted towards their group to diminish the meaning. It’s seen as an empowering action and that’s what Tan was trying to do my naming his band that. Unfortunately, the USPTO office didn’t see it that way.

Roden: So what was interesting is once they got signed and everything, their label told them that they needed to go for a trademark registration, because that’s one of the biggest things that you need as a bad. Every band has one for their merchandise for their recordings for the live shows, So on and so forth. But at the same time, tt’s absolutely disparaging for members outside of that community.So the examiner ended up refusing registration on that basis and because of the way that the trademark act set up, that’s not one of those that you can really argue against or present arguments against in the application process. So, you end up having to appeal to the Trademark Trial and Appeal Board. That’s an administrative court set up within the USPTO that sort of decides questions of trademark registrability.

James: And can you guess under what rules the trademark attorney denied it under?

Roden: So the examining attorney refused registration of Tam’s application based on a particular part of the United States code that governs trademarks, the Lanham Act.

James: The Lanham Act, the act we talked about in the last episode with the Redskins, the reason that they lost their trademark. So the act is used as a blanket to prevent pretty much any derogatory term for being trademarked. But you’ve got to question the intentions here. Do you think the Redskins have the same intent when they name their football team that the Slants did when they named their band?

Roden: So Tan lost on the Trademark Trial and Appeals Board and goes straight to the Circuit Court Now on the Circuit Court, you’re allowed to introduce some more arguments and Tam’s team introduced one by accident.

Roden: So what’s interesting is that when they were appealing to the Federal Circuit was Simon Tam and the Slants were hoping to was to demonstrate that the term “slants” isn’t a disparaging term.

That was the whole crux of the argument. They were trying to get a new factual finding on that. When the briefs were being prepared, apparently one of the law clerks or the lower down attorneys who was working on the case added a First Amendment argument saying that “yeah, you’re…preventing their freedom you’re preventing their freedom to choose their trademark. And it was sort of tacked on at the end of an afterthought. Once the attorneys for both the government and Mr. Tam ended up in oral arguments for it in front of the Federal Circuit, none of the judges really cared about the factual finding they were more concerned about the validity of that particular portion of the Lanham Act, which caught both the attorneys flat footed and apparently neither one was able to make a very good argument. However, the Federal Circuit ended up ruling in Tam’s favor.

James: So Tam won that round, but the government appealed and they went all the way up to the Supreme Court. So we know Tam’s argument, but what is the government arguing?

Roden: Now when the government presented its arguments it presented three main arguments in favor of its position that that portion of The Lanham Act is valid. It stated that
1) Trademarks are part of government speech.

3) They wanted to combine all of the government’s speech and government subsidy law jurisprudence to create some overarching scheme that apply to trademarks.

James: Now, stop for a second and just take a step back. A lot of people are supporting Tam and his effort. He’s trying to reclaim a word that has been used against his people for a long time. But you have to think about the ramifications that could happen if the Supreme Court does take his side.

Roden: And that’s really tough. And that’s really where it comes down to a lot of subjectivity. So one of the great things is that there’s one less limit on a person or a company’s freedom of speech because both an individual and a company can own a trademark. So, if I wanted to go out and trademark something that’s disparaging, not that I ever would, I absolutely have the right to do that. And that’s both good and bad because it allows for the reclamation of certain terms by those communities of interest, like Simon Tam and the Slants,  but on the flipside it allows for people who have no connection with those communities to register trademarks for particular goods like the Washington Redskins and their use of the term in connection with their football team and their lack of connection with any sort of Native American tribe, in fact that they pretty much ashoe it. Similarly, If you look at the flood of trademark applications that happened immediately after this was decided, there were several people who tried to register swastikas.

James: It’s risky once one person goes through it opens the floodgates for others, but does it need to be done. That’s up to the Supreme Court Justices to decide.

Roden: So what’s nice is ultimately this ended up being a unanimous 8-0 opinion with several concurrences. Ultimately, the Supreme Court didn’t buy a single one of the government’s arguments. One of the first arguments that the government presented was that trademarks are government speech and I’ll let Justice Alito tell you how he felt about that argument.

James: The government’s other argument of a trademark being a government subsidy was also thrown out. For it to be a subsidy, they would have to pay us, but in reality in order to register a trademark, we have to pay them. So now that the decision is finalized, The Redskins have a new avenue to go down to get their trademark back, and believe me, they are exploring it.

Okay, so what can we learn here? If you want to name your company something edgy and controversial, stop and ask yourself, “Why are you doing it?” Are you just trying to catch some eyes or are you trying to do it for political reasons? Are you an organization that’s trying to reclaim a word or do you just want to use it in order to gain headlines?

We live in a culture now where news flies in split-second. There’s a startup in San Francisco who announced their name and then two hours later apologized and changed it because of Twitter. I’m going to talk about them in a future episode, but just know due to the internet people will find out and people can be angry. Just think, if you have one influencer mad about your name, they can tweet about it and then have all of their followers potentially be mad about it. A lot of companies remedy this by trying to do pools in communities. The Redskins claimed to have done polls in Native American communities asking if the name is offensive. Each time, it came out the most of the people who took the poll found it non offensive, but critics have come down on the polls saying it was unfairly done and not equally represented.

You could run a poll, but it’s still my backfire on you cuz you can’t ask everyone. You have to sit down and ask, “Who could I offend with this name?” and if you do offend someone, is it worth it? You have to go through a lot of time and a lot of money to go to court cases and go through bad PR. Is the name something you need to have? And if it is, hey good luck, and the Supreme Court’s got your back.

NameChangers is made in association with NameStormers, a naming agency in Austin, TX, find out more about them and NameStormers.com. Very special thanks to Christopher Roden. If you like what you hear, please rate and subscribe to us on Apple Podcasts or wherever you listen it really helps people find us. I’m James Doherty, see you next time.