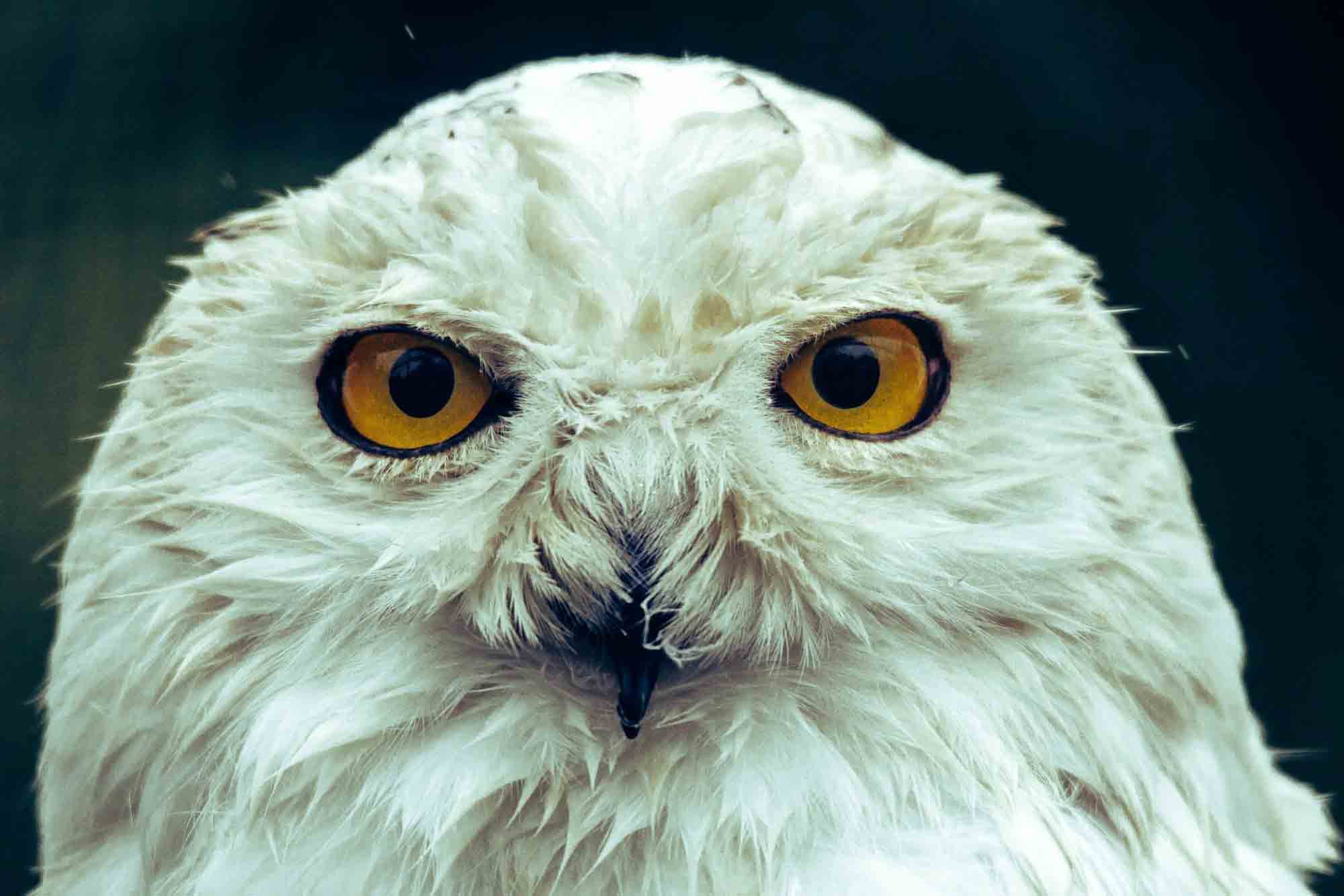 Harry Potter and the Secrets of Naming

Harry Potter and the Secrets of Naming

Like most of you, I have picked up new habits and hobbies in this heinous year of 2020. That’s a lot of “h” words, which brings me to my latest re-obsession, Harry Potter. I say re-obsession because if you’re a millennial like me, you too were probably obsessed with this book series in the early 2000s. That is unless you’re a muggle and witchcraft, wizardry and incredible literature wasn’t your thing. Regardless of your feelings towards the Boy Who Lived, it’s undeniable just how impactful this series was on literature, our generation, and our culture. The Harry Potter books have sold more than 500 million copies worldwide and J.K. Rowling is one of two billionaire authors in the entire world. The overall Harry Potter brand has been estimated to be worth as much as $25 billion. The success of this fictional, fantastical series is too colossal to even capture here, but we do have time to explore one facet- her extraordinary names.

While Rowling’s creative vocabulary and naming strategy aren’t what first comes to mind when considering the success of Harry Potter, her attention to detail, thoughtfulness, and lexical brilliance in creating “Harry Potter-speak” is unmistakably iconic to the series and an indication of the power great names can have. Muggle, Voldemort, Mudblood, Quidditch, Hufflepuff, Hogwarts, these are names you can’t forget. So how did J.K. Rowling coin these types of names? Grab your wand and let the etymology lesson begin.

J.K. Rowling knew that in order for her writing to be a success, she needed to create something that captured the imagination of every reader by way of fantasy and magic, allowing for an escape from reality, while not allowing readers to disconnect from their humanity. This is exactly what Rowling accomplished even down to the vocabulary and character names she constructed: familiarity paired with fantasy.

With the exception of Hermione, most all of Rowling’s invented names and vocabulary contain familiar prefixes, suffixes, and digraphs that are easy to say and hold inherent meaning. Rowling was intentional with every aspect of every word and name she crafted, pulling root words from English, German, French, and Latin languages making sure that each name would be pronounceable, familiar, yet brand new and memorable. Let’s take a deeper dive into Rowling’s most memorable vocabulary.

If you’re not a wizard or a witch, you’re muggle- an ordinary, non-magical human. When asked how she came up with this word on her World Book Day Chat, Rowling replied “I was looking for a word that suggested both foolishness and lovability. The word ‘mug’ came to mind, for somebody gullible, and then I softened it. I think ‘muggle’ sounds quite cuddly.”

There. I said it. “He Who Must Not Be Named” is the greatest villain in all of the wizarding world and “Vold” in danish means violence, while “Mort” means “death” in both French and Latin. Violent death hints at a most sinister character, keeping in line with Voldemort’s image.

Doesn’t this name just scream “bully”? With Draco meaning serpent in Latin and “Mal” meaning bad in french and “foy” meaning faith, it’s no wonder how this cowardly bully got his name.

Ahh, a most stodgy and uninspiring name. Isn’t it an interesting strategy to give the most extraordinary character the most ordinary name? But Harry was just that, an ordinary boy, at least in the wizarding world. An ordinary boy with an incredible, mysterious backstory. What’s even more interesting is that the name “Harry” is actually a form of the medieval name “Henry”, a name in which many kings and leaders have held.

A great man can’t be confined to only a first and last name which is why Dumbledore’s full name is Albus Percival Wulfric Brian Dumbledore. “Albus” is Latin for “white,” which would refer to his white beard or even perhaps his pureness of character. “Percival” was one of the knights in King Arthur’s Round Table, which possibly conveys his bravery. “Wulfric” is an Anglo-Saxon name that means “wolf ruler or “wolf power” and “Brian” is thought to come from a Celtic word meaning “noble”. And finally, “Dumbledore” is an Old English word for “bumblebee.” “Because Albus Dumbledore is very fond of music, I always imagined him as sort of humming to himself a lot,” Rowling said in a 1999 interview.”

J.K. Rowling created many magical spells derived from Latin words like Expecto Patronum, Petrificus Totalus, Riddikulus, and Wingardium Leviosa. Her usage of Latin prefixes and suffixes was clever in that most of these spells are fairly easy to translate, or at least guess as to what sort of magic they will drum up. Petrificus Totalus was also known as the body freezing spell which temporarily paralyzes an opponent. “Petrifi” means “petrify” which is to frighten someone so badly that they cannot move and “total” in totalus means “completely”. Wingardium Leviosa is a spell compounded of the English word ‘wing’, ‘arduus’ which means proudly elevated, and ‘levo’ – Latin for rising up, or more familiar- “levitate”.

So what can we learn about business and product naming from J.K. Rowling?

There’s a reason J.K. Rowling didn’t name her characters well-known and over-used names that her readers would brush over without thinking twice about. There’s also a reason she didn’t throw some letters in a sorting hat, pull them out, and give her characters meaningless and difficult to pronounce names. When it comes to naming a product, service, company, or book character, the best names are often suggestive, not completely descriptive, and deliberate yet not completely made-up. Suggestive names hit that sweet spot for consumers and readers of being readable, memorable, but also clever enough to communicate a bit about the personality or services offered. Examples of suggestive brand names include Pinterest, Groupon, YouTube, and Netflix.

Don’t get us wrong, we’ve been in the business of creating brand names for over 30 years and we know firsthand how important a name is, but we also don’t give a name undeserved pressure or credit where it’s not due. The name “Hagrid” by itself is meaningless but put an incredibly endearing backstory and personality behind it and it becomes so much more than a name. A name is only as impactful and powerful as the story, or brand story built around it. If you’re a parent, you remember what it was like watching your newborn child “grow” into their chosen name. When they’re first born, they’re just a blob with a nametag, but as the child grows and their personality comes out, their name becomes much more meaningful. The same is true with naming companies or products. A name must be supported by a rich history or backstory, a mission, values, a brand personality, an enthusiastic workforce, and of course, marketing dollars.

Here’s a fun fact. Did you know that Harry Potter and the Sorcerer’s Stone is the American name for the book? The original UK version is actually Harry Potter and the Philosopher’s Stone but Scholastic Books changed the name to Sorcerer’s Stone because they thought the name change would appeal better to young readers. Perhaps they were right. Naming for your target market is rule #1 in naming. Unfortunately, you are not the most important person your business or product name should appeal to. Doing your research on who your primary customer is and how they live, think, shop, and socialize is going to help your new business or product name translate into dollars faster than you can say “Capacious Extremis”!

We wish you could just wave a magic wand and the perfect business name would appear, fully trademark-researched and displayed in beautiful logo glory, but unfortunately J.K. Rowling forgot that spell. However, we’ve been told that we work magic for our clients in creating incredible business and product names. To learn more about how NameStormers can work magic on your naming project, check out our 7-step process, it’s 35 years in the making. You can also view our full portfolio here.