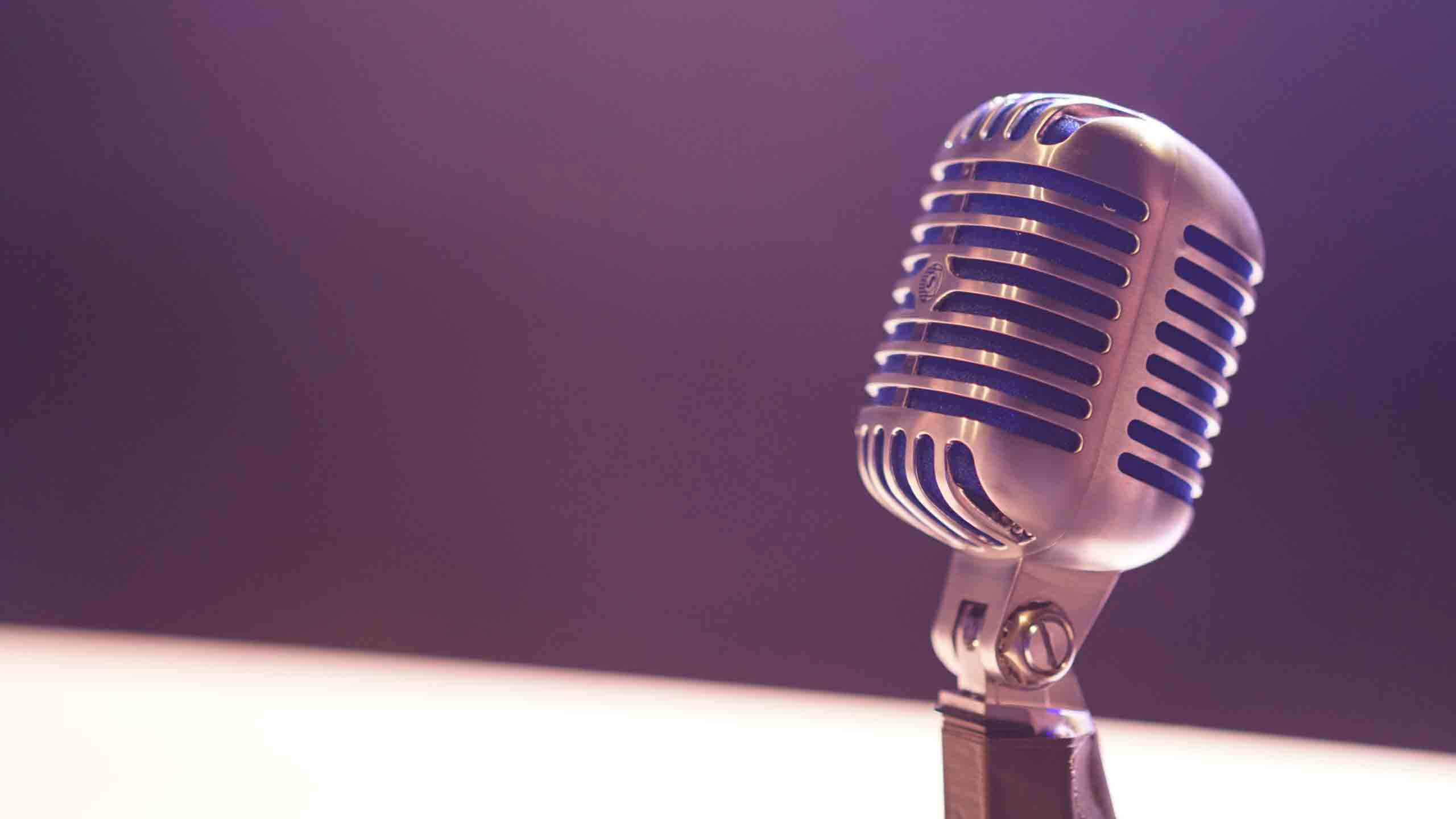 “Arbitrary Trademarking is very strong. Not only is there going to be a mental pause by the consumer, there’s going to be a full-fledged mental stop. When you see Apple, you don’t automatically think computers. Well, you might in today’s society, but back in the 1970s when it was first starting out, you wouldn’t automatically think computer, you think of the fruit”. Learn more about arbitrary trademarking on NameChangers episode 6!

James: Three friends, all attending Yale University, Matt, Andre, and Bennett, found themselves with a problem to solve.

Benet: Late one night Sophomore year, Matt walked out of a coffee shop with a coffee and a granola bar, having paid too much for it, and it didn’t give him a great energy boost. It kinda left him feeling jittery and still hungry and searching for a healthy and delicious way to get energy. So, he pitched the idea to me and Andre that there should be a better way for folks to get energy in their day-to-day lives and we got to work in our dorm room kitchens making all sorts of caffeinated food. We really settled on an energy bar with 90 calories and a shot of espresso worth of caffeine from organic green tea and this kinda had a better energy effect than anything else we had felt before. They tasted delicious, so we decided to start passing them out to friends seeing what they thought of them. Then from there we rented out a local bakery at night and sold energy bars during the day in between classes. Then we realized we had tapped into something and then decided to launch an online business.

James: So these guy jumped  head first into their concept, so they must have been business majors, right?

James: And that’s one thing I love about business. You have people planning on going into different fields, going into work for different companies, and then find themselves with the problem that they know deep down that they can solve. Then they do it, they solve it, and they find out that those around them also realized that they had that problem as well.

So they decide to shift their sites and their work-life to solving this problem. Now, a small energy bar with an espresso shot of caffeine in it, what would be a good name for that? You can go off of where the energy comes from, or how low in calories it is, or how long it lasts. You can go many routes. But first let me introduce who we’re talking to.

Bennet: Hi I’m Bennet, I’m a co-founder of Verb Energy we make caffeinated energy products and sell them right to people online and over text .

James: Verb, one of the most important words in the English language. When you hear or see the word verb, it doesn’t immediately trigger the idea of a company. The word is so entwined with its meeting., So, how does someone shift it to their product? This is the question that made me start this series on trademark strength because I became so interested in our next strength, Arbitrary Mark.

I’m James Doherty, and this is Name Changers.

Bennet: So, actually it’s funny the story behind Verb. so we had a long list of names we were testing out and someone suggested, I can’t remember who it was, someone suggested Verve like v-e-r-v-e, like with enthusiasm or with energy. Someone misheard them and they were like, oh verb, that would be funny like the part of speech, that would be pretty funny. Actually that’s a really good idea because we wanted to give people the energy so that they could do whatever verbs it was that made them who they are. So you could eat the bars before you went on a workout, went on a run, studied work, wake up in the morning, whatever it may be this could provide the energy for it. So it kinda gave us our brand mission of providing energy behind every verb.

James: So for their company, there’s a connection. The bar gives you energy to perform whatever verb you would like to do, but think about other names, names that have no connection at all.

Chris: Now the idea behind that is the company picks some random word in the English language or, to be honest, it could be Spanish, Italian, Russian, whatever, any spoken language. They pick some random word and put it with their goods or services and that particular word has nothing to do, or at least very little to do, with the actual goods or services. Apple Computers, because if you think about it, there’s a number of reasons why Apple Computers ended up choosing to be called Apple Computers if you’ve seen countless, countless documentaries about Steve Jobs with that in mind, one of the nice things of using Apple in the context of computers is no other computer hardware or software company who is ever going to need to use the term Apple to describe what they’re selling

James: And that’s the key here. using a word that no other company in the space needs to use. Because of that the word is yours to do with what you please and also and it makes it very strong.

Chris: Arbitrary is very strong. And it’s because, It’s going back to what we talked about with suggestiveness, not only is there going to be a mental pause by the consumer, there’s going to be a full-fledged mental stop. When you see Apple, you don’t automatically think computers. Well, you might in today’s society, but back in the 1970s when it was first starting out, you wouldn’t automatically think computer, you think the fruit that you plucked from a tree.

James: We then talked about Blue Microphones, which is the company that made one of the microphones we were using.

Chris: Generally, when you think blue, especially when you’re not in the music or podcast recording industry, you’re not going to think high quality microphone, you’re going to think the color. So, when you see the term blue on the packaging for a microphone, you’re automatically going to recognize it as that must be the company that’s providing this and that’s why Arbitrary Marks are so inherently strong is because of that full-fledged mental stop that consumers are doing when they see the brand name.

So I find Arbitrary Marks so interesting because the company has to take this commonly used word, sometimes so common, like Hello Toothpaste, or Purple Mattresses, or these other countless companies that are named after colors, and they have to essentially re-educate their customer to now think of their company along with the word’s original meaning. That’s not an easy task. It takes a lot of strong marketing efforts, especially in today’s day and age.

James: I mean, this is what I think, so on Instagram you have two seconds to catch someone’s eye and if you’re scrolling and someone’s name is Towel, but it’s a tech company that specializes in getting you, well I guess scooters now are the things, the new tech company that gives you an electric scooter. You’re not going to see Towel and think scooter. So, at first it’s tough to really make them understand what it is you’re selling.

James: S,o is this a good idea for your company? Again, It all depends. You can take any word in spoken language and apply it to your brand in whatever way you see fit, and you can have fun with it. Look at Liberty Mutual. They film all of their commercials in front of the Statue of Liberty. Or Purple Mattresses heavily use that color in their ads, so it’s not just a name, it’s an aesthetic.

However, one of the bigger problems can be SEO, search engine optimization, which is where your company stands on an internet search. If you simply search for the word ‘’verb’’, Bennetts company’s not going to come up on the first page and that is why the second word in these names are so important. The identifier. Apple Computers, Blue Microphones, Verb Energy. You’re identifying what industry the company is in. So, when I search ‘’verb energy’’ online, Bennet comes right up

Bennet: It was a little more of let’s do it. We wanted something that fit and something that excited us and so far folks have really loved the name. Verb Bars has a nice ring to it. Folks like the concept behind the name and with any name there’s kind of always the SEO and making sure you’re online. It‘s memorable folks can remember where it came from and we really loved it so we wanted to make it work.

James: So now we’re going to go to our final strength, playfully named Fanciful Mark and we’ll talk about that next time.

Name Changers is made in association with NameStormers, a naming agency in Austin, TX. You can find out more about them at NameStormers.com. Special thanks this week to the guys at Verb, Matt, Andre, and Bennett, and our good friend, Chris Roden. I’m James Doherty, we’ll see you next time.